Long time no post! Well folks, starting now I'm going to do my best to keep this blog up (if it's only posting artwork/previews) for your viewing pleasure! A great deal has happened since I last posted (like moving to Germany, working on a few comic covers, being featured in a new Morgan Spurlock movie about comics and making even more progress on pages for Todd and Craig's Perhapanauts! So, without further delay...here we go!


First up: A preview panel for the upcoming Perhapanauts story I'm illustrating (pencils by me, inks by Michael Babinski). What creepy cryptid could Choopie be so deeply terrified by? Has the team finally met it's ultimate match? I GUESS you'll just have to pick up the newest Perhapanauts trade to find out! More details on release to come;

Next up: Who doesn't like a good ol' fashioned brawl between two sworn enemies? I thought so. Well, to quench your thirst for battle here is a tiny, cropped sneak-peek of the cover to the upcoming mini-series from Arch Enemy Entertainment's "The Diplomat" (cover pencils by yours truly). Mikey will assist on the inks and who do we have slated to bring his masterful skills to the coloring department on this one? None other than the great Nate Lovett! It's going to be a cool collaboration, indeed! 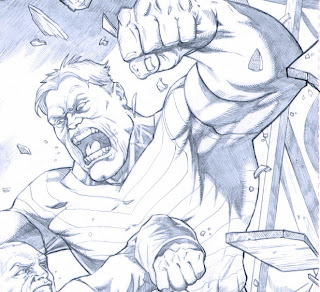 And Last but not Least: Here's a little portrait commsission recently done for a co-worker. I hope you enjoy! 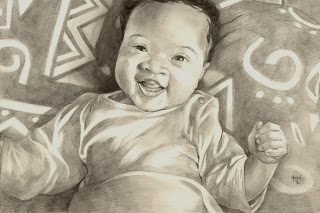 ﻿
Until next time!
Posted by Eric Henson at 6:16 PM No comments: