Posted by Eric Henson at 5:34 PM No comments:

Here is another set of Surprise Comics #TMNT Remarques going to new homes! 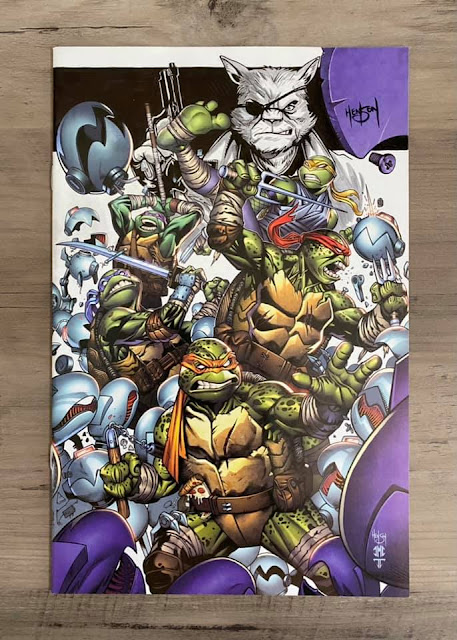 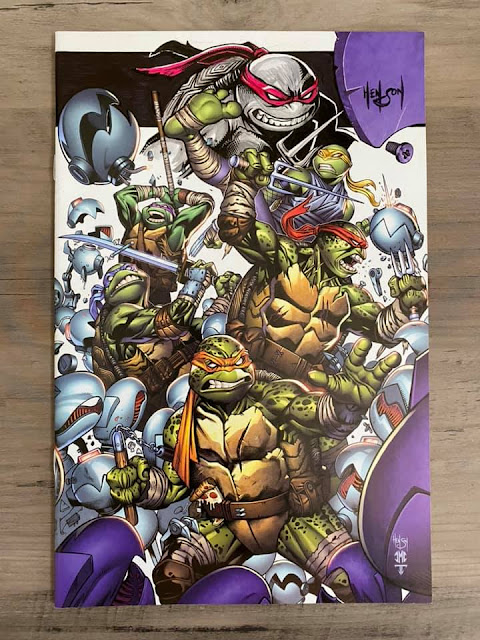 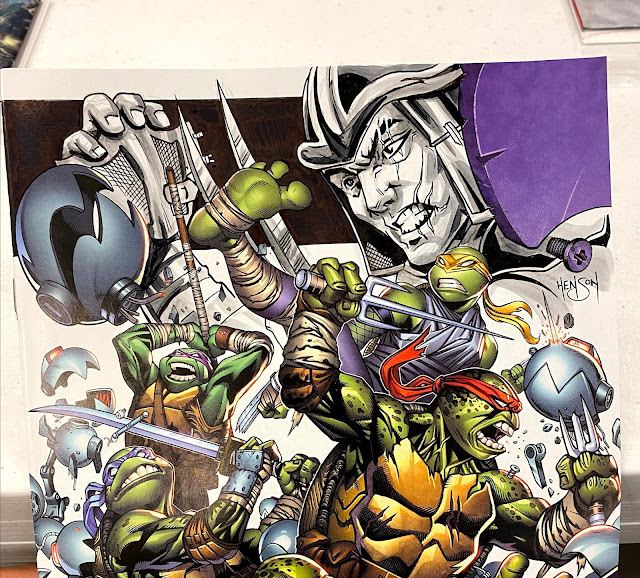 I also had the pleasure of drawing the official window art for Surprise Comics at their new, larger location in Surprise, Arizona! It was great re-teaming with inker Jeremy Clark, colorist Jasen Smith & font designer Scott Serkland on these #pokemon & #myheroacademia pieces. Prints are available at the shop, & the window art is already up! 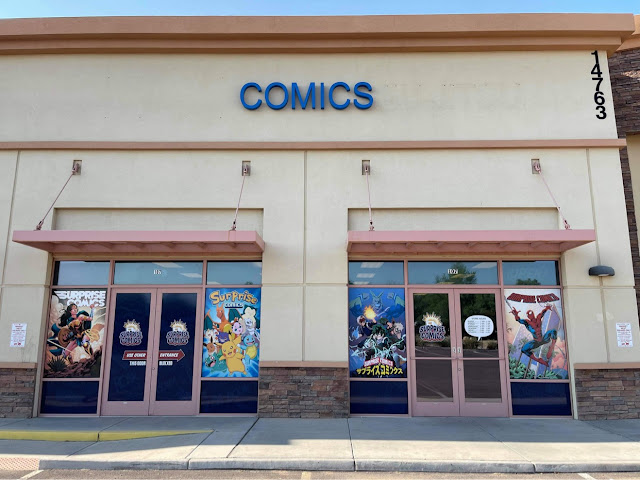 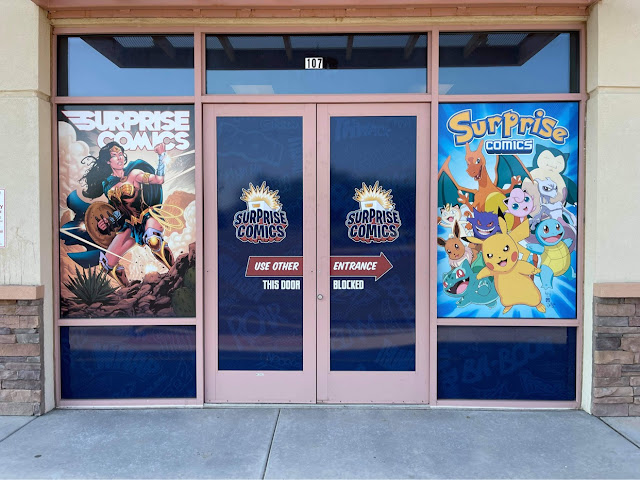 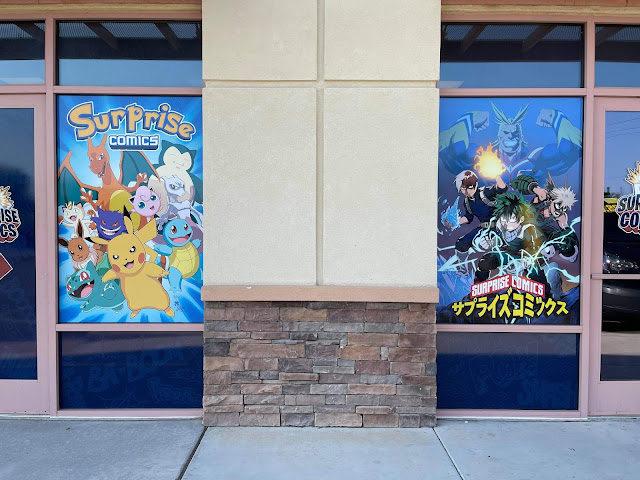 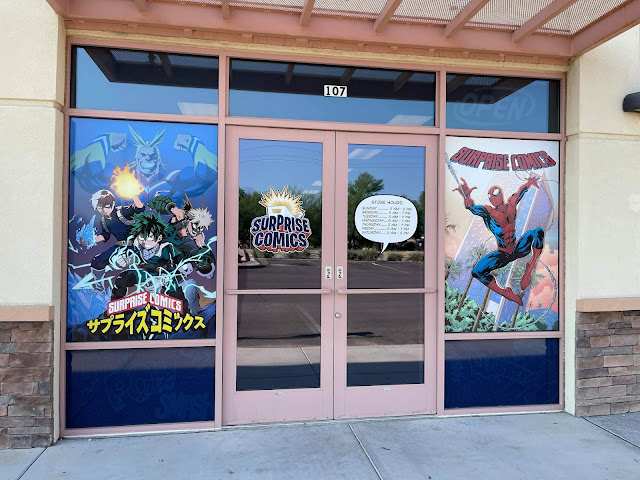 I also drew this #deathlok for my friend Mikey Babinski about 6-7 years ago. It’s so cool to now see it inked beautifully by Mark Stegbauer & colored masterfully by Omi Remalante!

And finally, here are a couple of sketch covers that I drew for patient patrons or Surprise Comics in Surprise, AZ!

Posted by Eric Henson at 9:57 AM No comments:

It’s both a privilege & an honor to officially share my new, Lady Death Universe cover for Brian Pulido’s Lady Death: Nightmare Symphony #1 (Cowboys From Hell Edition)! This rare, exclusive Coffin Comics cover is only available for a limited time from https://coffincomicsshop.com/.../lady-death-nightmare...! But hurry! Get em’ while you can! And be sure to show some love to Jeremy Clark for his fantastic inks & Sanju Nivangune for some truly incredible colors!

Before a comic cover can be born, the approved artist has to show some kind of "proof of concept" to the creative team involved with the comic series. When exclusive retailer variants are created, the chosen artist has to run that art by the retailer before it can go to the comic creative team for approval. In the case of Nocterra #1, I only submitted a couple of ideas, which both can be seen here: 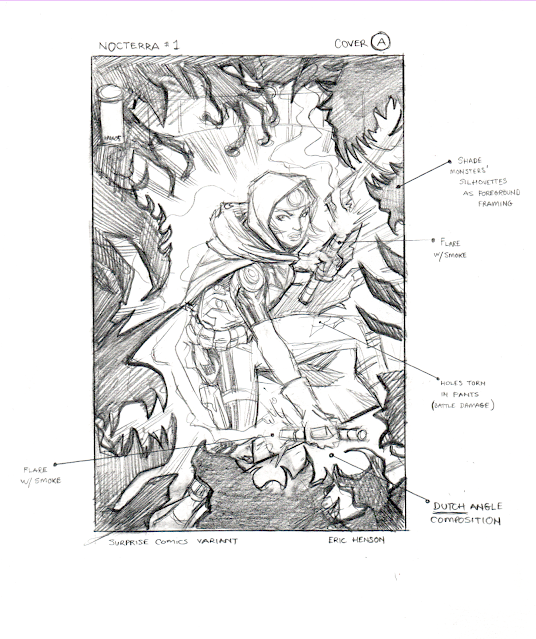 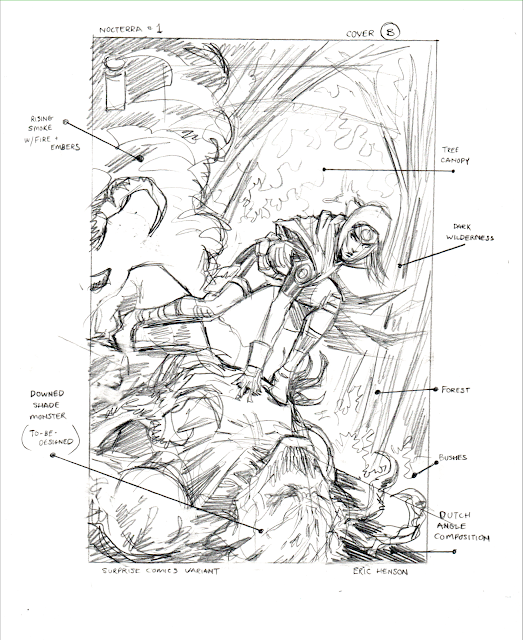 Like most thumbnails, my roughs for Nocterra were very simple, loose sketches of what the comic cover could potentially look like. In this case, "Option A" was chosen. I'm glad because that one was my favorite.

With the cover design decided, it's now time to get that pencil moving and draw a full, 11x17 cover on comic art board. Here are a few shots of me trying to get my pencils solid enough to move on to the next step:

Now, normally I pencil much, much tighter than this. I tend not to leave loose lines or stray markings that the inker will have to interpret with cleaner lines. I even pencil all of the desired hatching and feathering that I'd like to see in the inked art (not to say I don't welcome an inker's additions to form, lighting and weight, but I try to make their job as easy as possible). I've found that penciling tightly helps save the inker some time and helps us give the colorist more time to work his or her magic down the line. However, with this cover, I decided early on that I was going to be a lazy penciler and just ink it myself. So very little pencil details were needed!

Bad decision? Who knows? I'll let YOU be the judge!

Look. I'm typically not an inker, but for this one, I wanted to throw my hat into the inking ring. Nowadays, inkers use scans of the pencils and print out a version (sometimes called blue-lines) to ink over. That way, there is still an original, untouched pencil version of the cover out there, and the inker can ink over a copy with less pressure of potentially messing up the only original pencils that exist. However, I inked directly over my loose, original pencils for Nocterra. Here are some shots of my inking process:

When done, I have a finished, clean set of inks to send on to the next step!

Juan Fernandez is a profound and successful colorist for DC, Marvel, Zenoscope, Image and many other companies, but more importantly, he's a cool collaboration partner, and he agreed to color Nocterra's cover early on. I sent him the digital file of the inks and he went to work with the mystical and mysterious process of coloring a comic cover! I've never been a part of that process (other than making a few requests here and there), but I believe there are plenty of videos, tutorials and resources online to see just what goes into the intricate process of digitally painting comics. Here, I'll just show you the finished result of Juan's genius:

And finally, with colors completed, we sent the cover art back to the publisher & creative team behind the series (in this case, Image Comics), and awaited their approval, disapproval or edits/notes.

The publishing team finalized the cover, made sure the image was formatted correctly for print, artistically placed all of the cover font on the image, and then sent the cover art back to the artist & retailer to see the fruit of all that labor!

And there you have it! The final version of the cover:

Thanks for checking out this behind-the-scenes look at the process! Please check out Nocterra #1 and order a copy of my exclusive variant cover HERE: https://surprisecomics.com/collections/nocterra/products/nocterra-1-surprise-comics-exclusive-cover-by-eric-henson

Signed copies will include a certificate of authenticity

Posted by Eric Henson at 7:08 PM No comments: 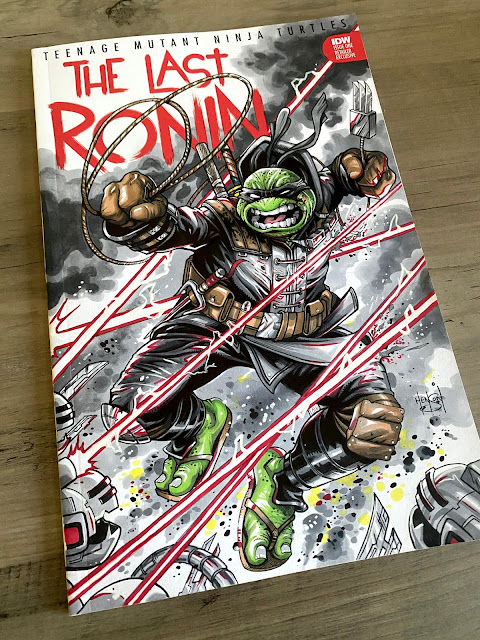 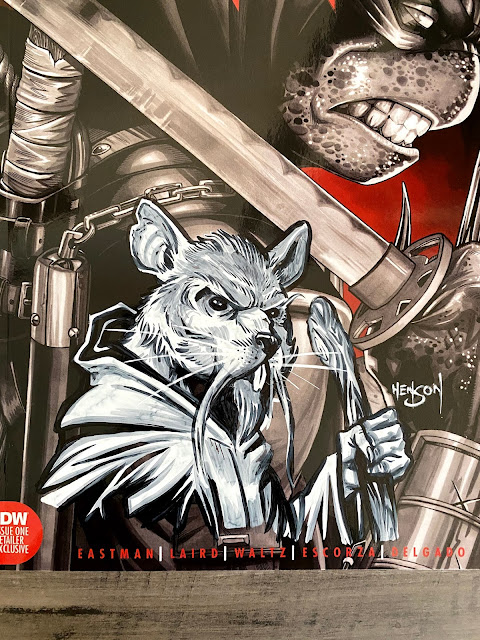 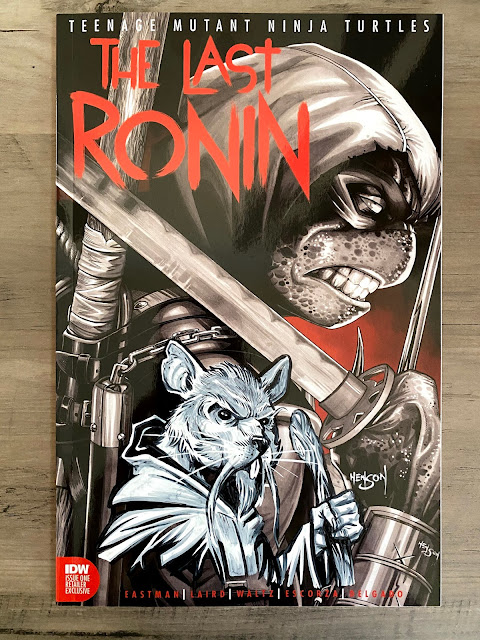 I was honored to draw this #DrWho sketch cover for a great friend! Much love to their entire family~ so grateful to contribute a gift to their holiday celebration! 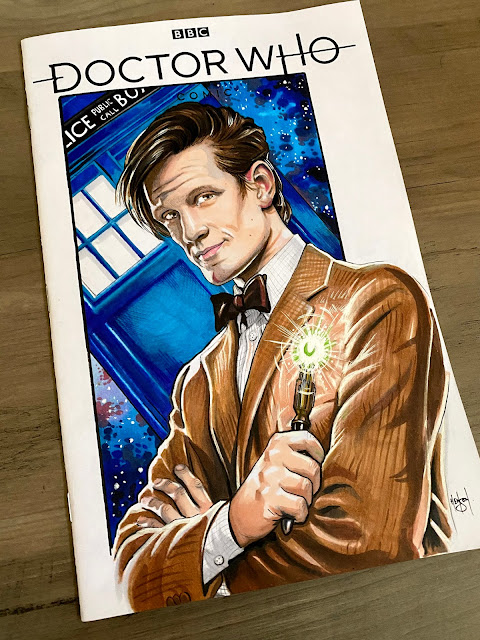 Posted by Eric Henson at 3:05 PM No comments:

Here are a few more of my Remarques on #TMNT 106! These are also signed by Turtles co-creator Kevin B. Eastman! You can snag one of these exclusively at Surprise Comics (www.surprisecomics.com)!

Posted by Eric Henson at 1:03 PM No comments:

Probably the most fun I’ve had doing a #sketchcover. Here’s a #ladydeath from #coffincomics—created by the fantastic Brian Pulido!

Shout out to the
Lady Death Universe
!

Posted by Eric Henson at 5:31 PM No comments: